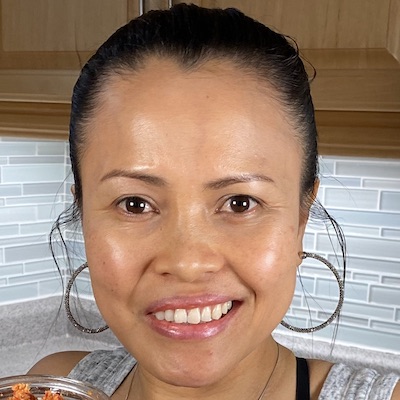 In the past, I have tried many different vegan bread recipes. Many came out were not fluffy or moist enough. After many various attempts, I came across this gem. This banana bread has the perfect amount of fluff and flavour. Give it a try, and you won’t regret it! 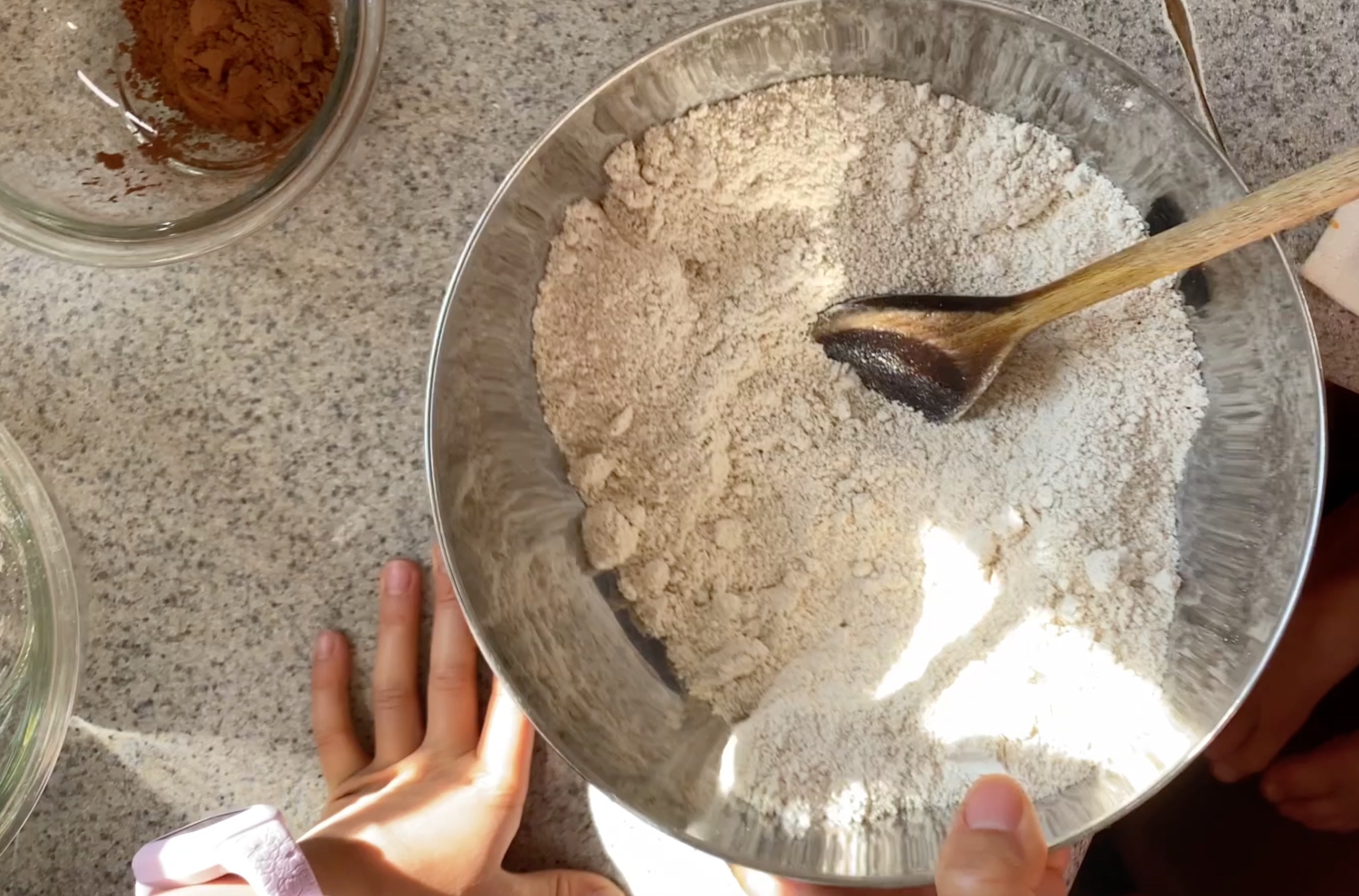 In a separate bowl, peel the overripe banana and mash it. It should be about 1 and 1/2 cups mashed. Add plain vegan milk to the smashed banana; I used oat milk. Finally, add agave syrup and vanilla. Mix well. 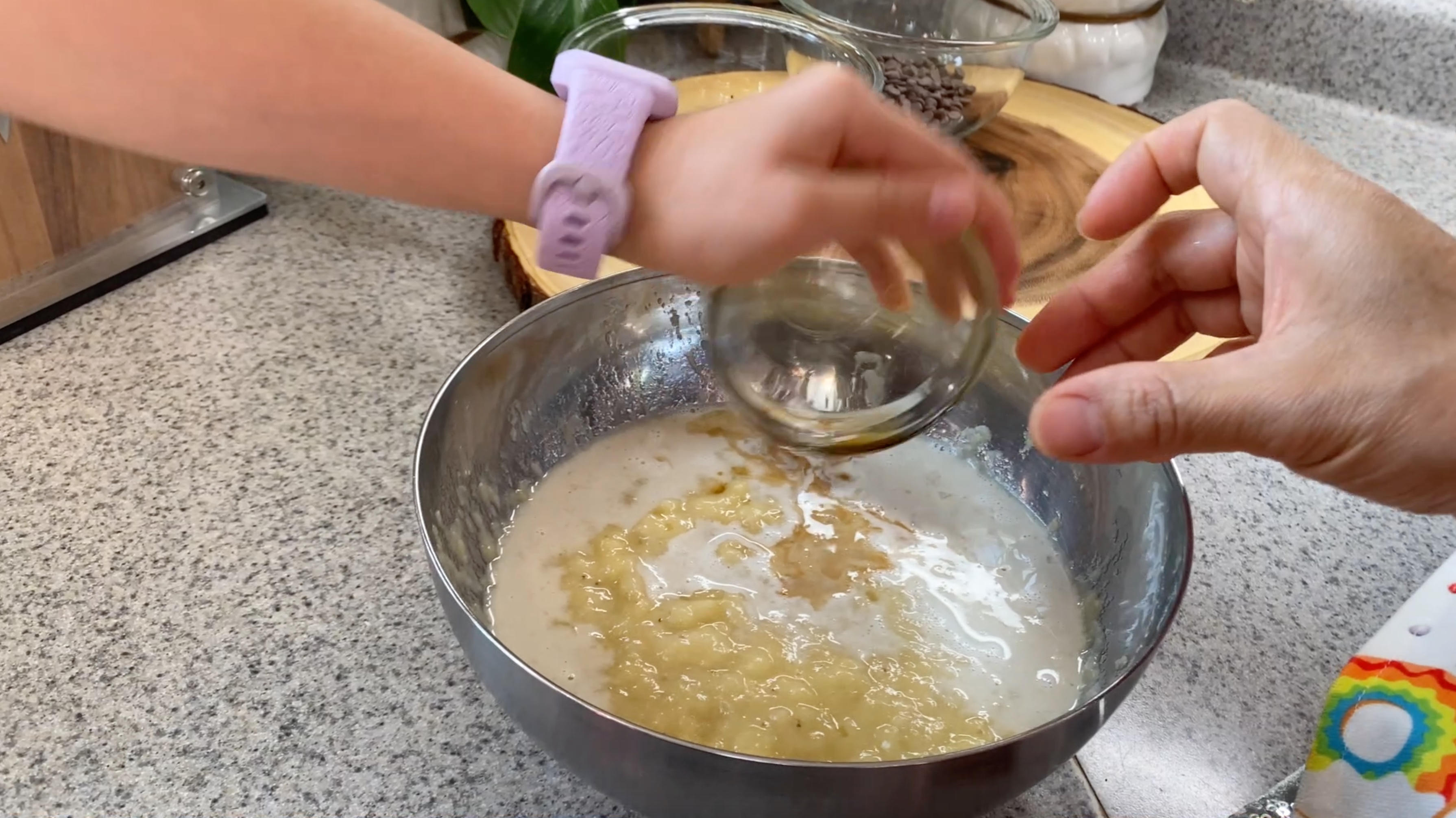 Pour the wet ingredients into the dry ingredients and mix. Divide the mixture into half in each separate bowl. In one half, add vegan chocolate chips and mix. In the other half, add cacao powder and mix until well combined.

Using a rectangular bread baking dish, oil it. Holding each hand in each separate bowl, pour the mixture simultaneously into the baking dish to evenly distribute it on each side. Using a stick or spatula, gently run it in an S motion to create the marble effect. 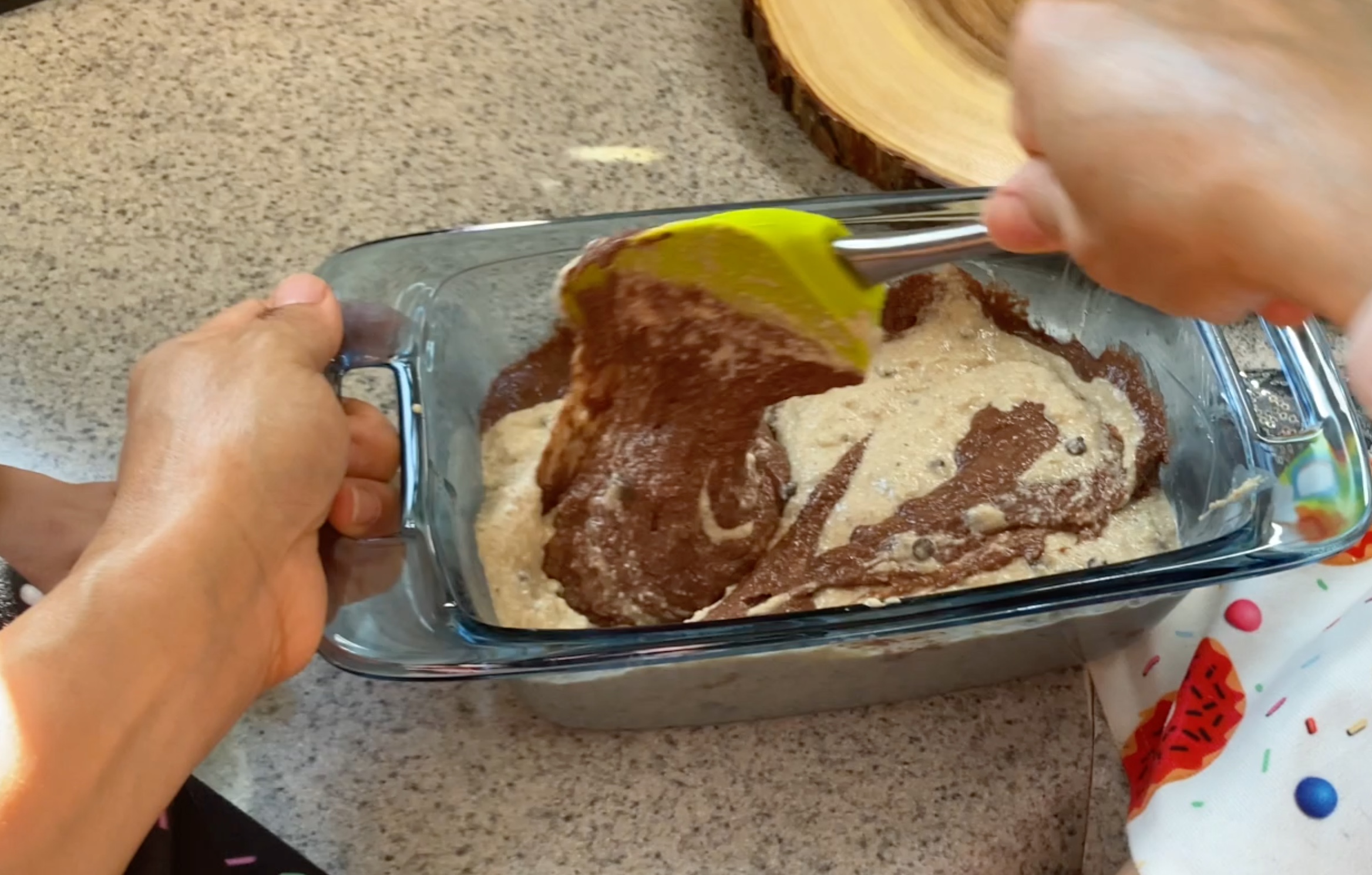 When cooked, remove the baking dish from the oven, place it on the counter, and cover the dish with a tea towel for 10 minutes to let it settle. After 10 minutes, you can transfer the bread to a cutting board and slice it. Enjoy! 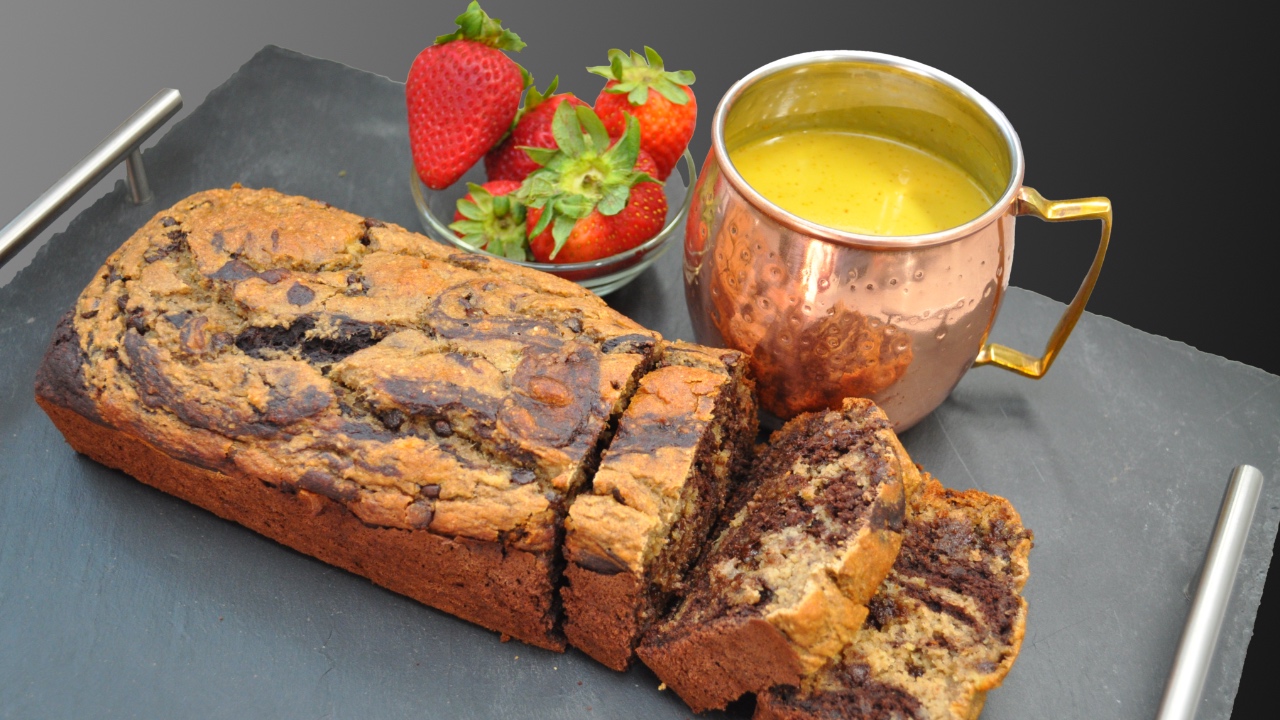